After the Storm. Reflections on Network Connectivity. - Tego

After the Storm. Reflections on Network Connectivity. 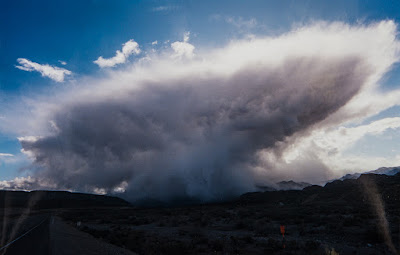 Last week there was a tornado in Sudbury Mass.  Tornados are a rare occurrence in New England on account of there being so few trailer parks, making this a pretty big event.  High winds, lots of rain, and and even some dime-sized hail.  After work that night I was headed to a gym in the storm area. It ended up taking me close to two hours to make a trip that normally takes about 30 minutes.  Making it to the gym was becoming pointless, so I needed a another option.  With the storm well past it was a good opportunity to do some sprints and pull-ups in the park, but instead I took an entirely different approach: I headed for the bar.
Actually it was a restaurant where I can get a grass fed burger and of course a craft beer, so you can imagine my disappointment as I approached the front door and saw a handwritten sign saying they were closed due to the storm.  I assumed their power was out but as I got closer I saw another sign with a temporary menu saying they were open for takeout.  I went in to see what was going on.
The lights were on, the kitchen was humming, and they were indeed turning out a few items for take-out, cash-only.  The bar area was empty but my favorite bartender was there wondering what else she could wipe down, so I went over and grabbed a stool.  What was going on?  Why were they not “open”, and more importantly why were they not pouring beer?  The answer: no Internet connection.
At this point it’s worth understanding that this is a fairly new restaurant that’s progressive in all the right ways.  It was opened about four years ago by two friends straight out of college and they seem to be doing everything well.  They have an exceptionally well-curated craft beer list, source most of their ingredients locally, make outstanding wood-fired pizza (sorry: flatbread), and word of mouth has been traveling like wildfire. 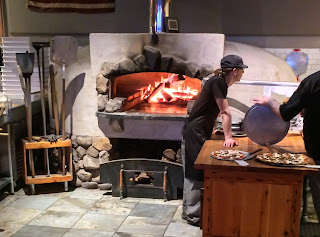 After closer investigation into “the storm took out our Internet”, a more accurate description seemed to be that their Internet connection had been restored, but the building took a direct lightning strike that probably destroyed their router.  More importantly, they use a Point Of Sale software system that relies on a network connection to function.  So here was a well run business that was now temporarily out-of-business, and sending their customers down the block to their competitors, due to a reliance on 100% network uptime.

I suppose they could have stayed open on a cash-only basis, maybe even manually recording sales and using sneakernet to communicate with the kitchen.  And I suppose they decided that would be too disruptive for their operation. I get that. And yet I’m still reeling from this experience.  There’s a phrase that’s been stuck in my head for days: “unable to operate without Internet”.  There are just too many good ways to avoid finding yourself in that situation.
This is exactly the type of problem that a lot of Tego solutions are targeting.  I’m not saying this restaurant could have stayed open had they been using high-memory RFID tags, but in a lot of the applications we are designed into we don’t expect the data stored on tags to be the only source of information.  The tags typically perform many roles and add to system functionality in many ways, but one of those roles is to provide a bridge between online and offline capability.
Suppose you’re running a manufacturing operation and your central facility is receiving parts and subassemblies from your other locations and from your suppliers.  As boxes come through the dock door, you use RFID tags on the incoming goods to do a fast sort and send the items to their proper destinations.  You can do this with just an ID number on the tags, but that relies on have a working connection to your enterprise network, and it requires that you’ve already received electronic data about all shipments from your suppliers.  Most likely via the Internet.  This operation can be enhanced by relying on data that is already stored on the tags and traveling with the parts.  And now that you’re enjoying those enhancements, you’ve also removed your reliance on 100% network uptime.  Yes, you eventually want to have all that data in your central database or in a cloud, but now you can move it there at a more appropriate time.  And if any link in this extensive network happens to break temporarily, you don’t have to shut down your operation.
I suppose not having a fallback plan seems easy at first, and maybe for a smallish retail application it’s the right tradeoff, but with a little forethought there are better ways to design a system.  Is it appropriate for you to close your business for a day if you lose your Internet connection?
Related content